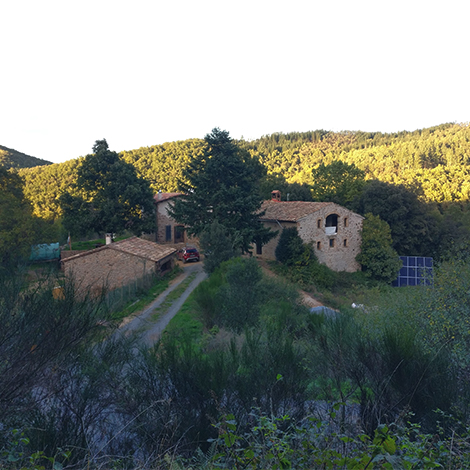 Yamaaoi Wasabi was born in October 2018 after several years of research on the cultivation of wasabi, considered one of the most complex in the world.

We sell the trunk, leaves and flowers of wasabi in specialized restaurants and signature cuisine, as well as to individuals who love Japanese cuisine. We work with some of the best chefs in the world. Our distribution system guarantees the preservation of the freshness of the product and the highest quality.

We cultivate with the pure and crystalline water of the Montseny, in the middle of the gravel and the shelter of the forest, taking advantage of some old recovered terraces. Respect for our natural environment is one of the priorities in our day-to-day work.

In Japan, wild wasabi grows by the side of streams in the high mountains. We have discovered that in the Mediterranean the balance of sun, shade, temperature and humidity provide the ideal conditions for plant growth. 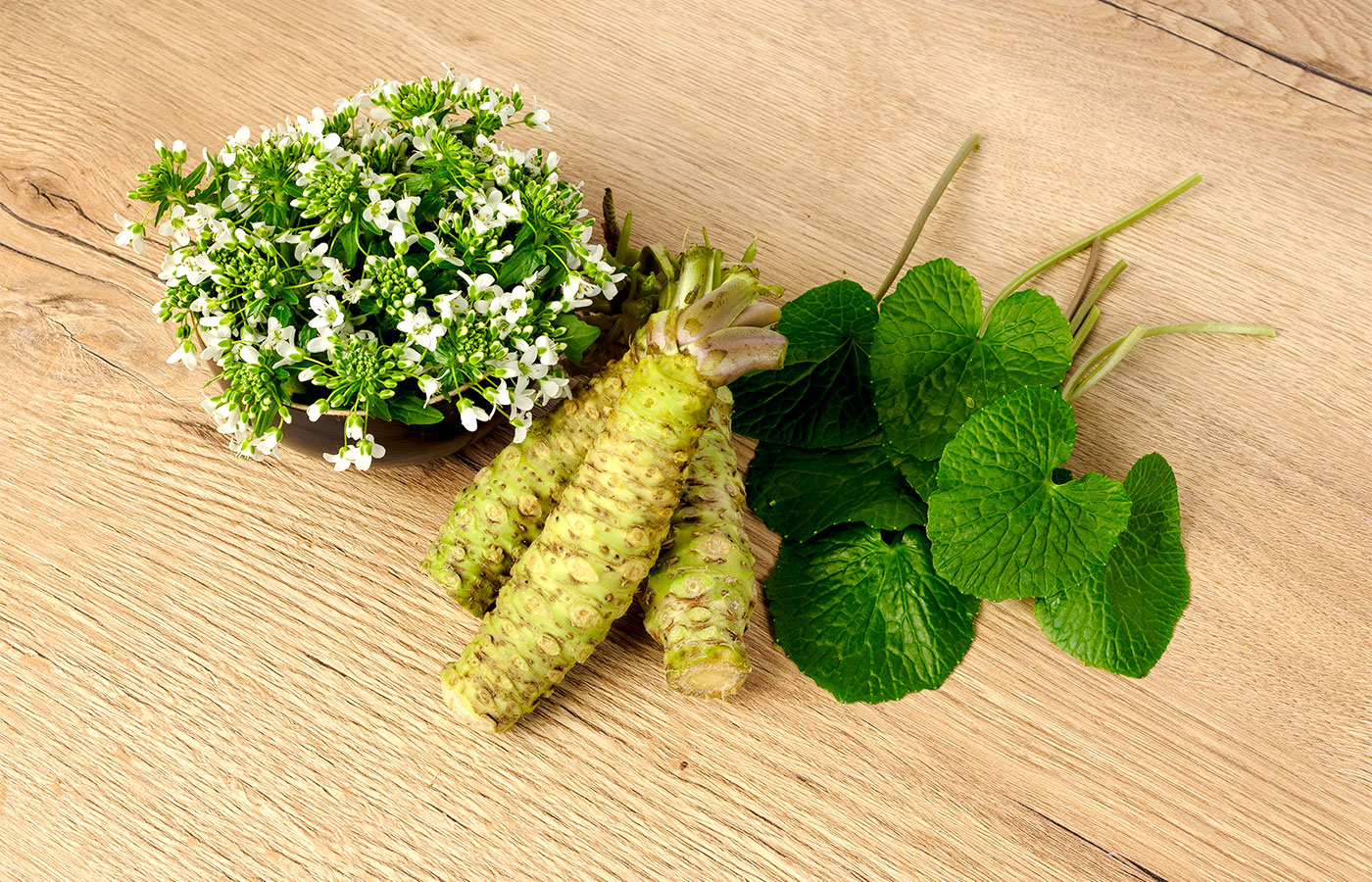 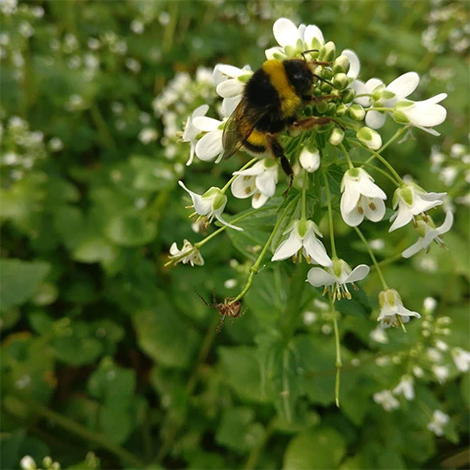 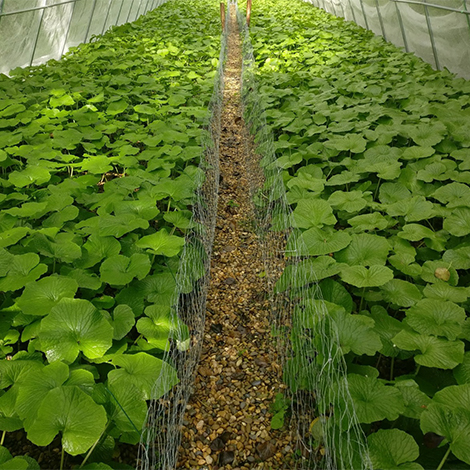 Yamaaoi Wasabi, in addition to being the first producer of wasabi in the entire Mediterranean, we are importers of top quality fresh Japanese wasabi. We source wasabi from our fellow growers in Azumino and Shizuoka, who are known for producing the best wasabi in the world.

Our Development Department works on the study and implementation of other Japanese crops, which are being added to our catalog as they become available to our customers.

In Japanese, wasabi was originally known as yama aoi: “yama” [山] means “mountain”, since it was first observed in mountain areas; and “aoi” [葵] means “mallow”, due to the heart-shaped leaves, which are similar in appearance to those of the Greater Malva.

You can find out more about which cookies we are using or switch them off in settings.

This website uses cookies so that we can provide you with the best user experience possible. Cookie information is stored in your browser and performs functions such as recognising you when you return to our website and helping our team to understand which sections of the website you find most interesting and useful.

Strictly Necessary Cookie should be enabled at all times so that we can save your preferences for cookie settings.

If you disable this cookie, we will not be able to save your preferences. This means that every time you visit this website you will need to enable or disable cookies again.